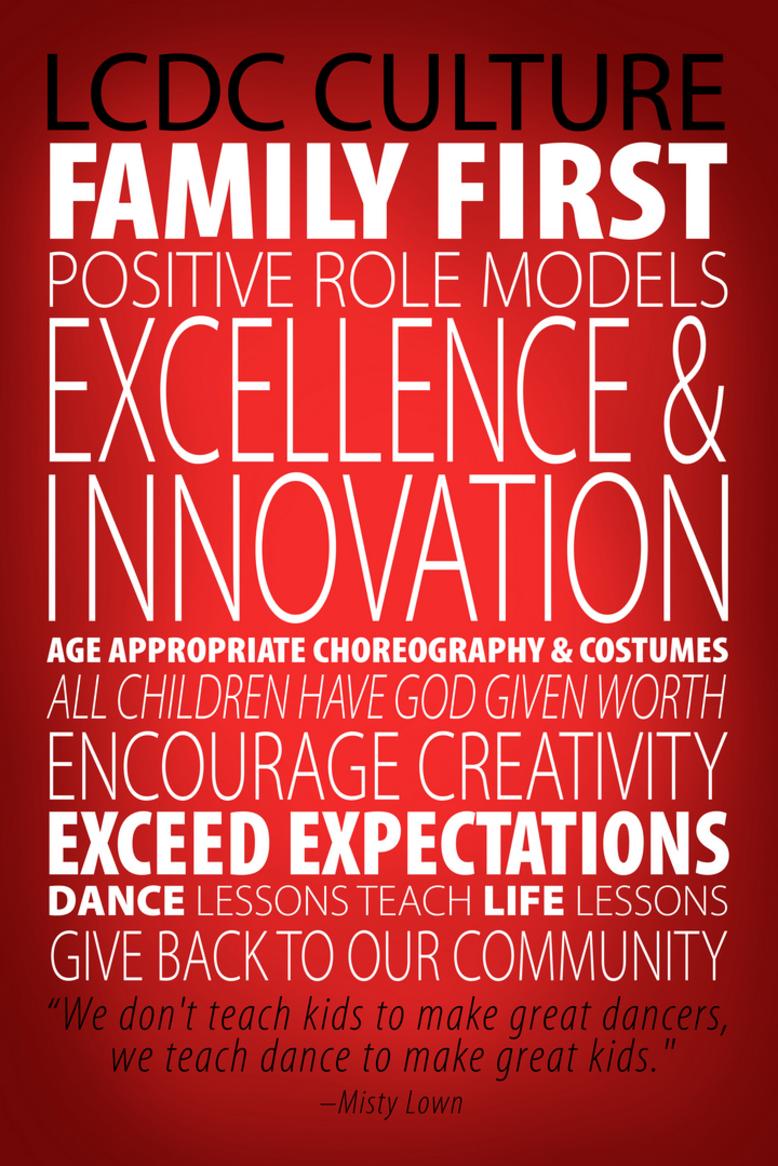 We are passionately dedicated in providing all individuals with the opportunity to learn and grow in a positive, structured, and inspiring environment. Our talented and enthusiastic team of instructors and staff are committed to developing and nurturing talent at both the recreational and competition level of dance. Students are provided with comprehensive dance and/or tumble education that aids in their personal character, professionalism, and self esteem. Our studio’s core values and culture are : Service, Leadership, Discipline, Respect, and Confidence.

Lindsey Claire Dance Company has a state of the art 13,000 square foot building complete with three studio rooms with separate in wall BOSE sound systems and a tumble gym with a foam pit and sprung flooring system. Studio C is a stage size studio to with plenty of space to rehearse for our performances throughout the year. The gym is also equipped with tumbling equipment to aid in the advancement of our students. We have a waiting room for parents, changing rooms for students, a study room for older students, a hair and makeup room, along with a lobby and reception area for the convenience of parents. We also have a birthday party room to host your next event! We also have bathroom stalls for boys and girls along with a dance & tumble boutique. We sell all of our logo wear along with all your other class wear needs. LCDC is furnished with 30 foot ceilings, marley sprung floors, ballet barres, and tumbling equipment for the safety of our dance and tumble students. Our studio is conveniently located on South Siwell Road only minutes from the city of Byram and close to the Clinton and Raymond area. 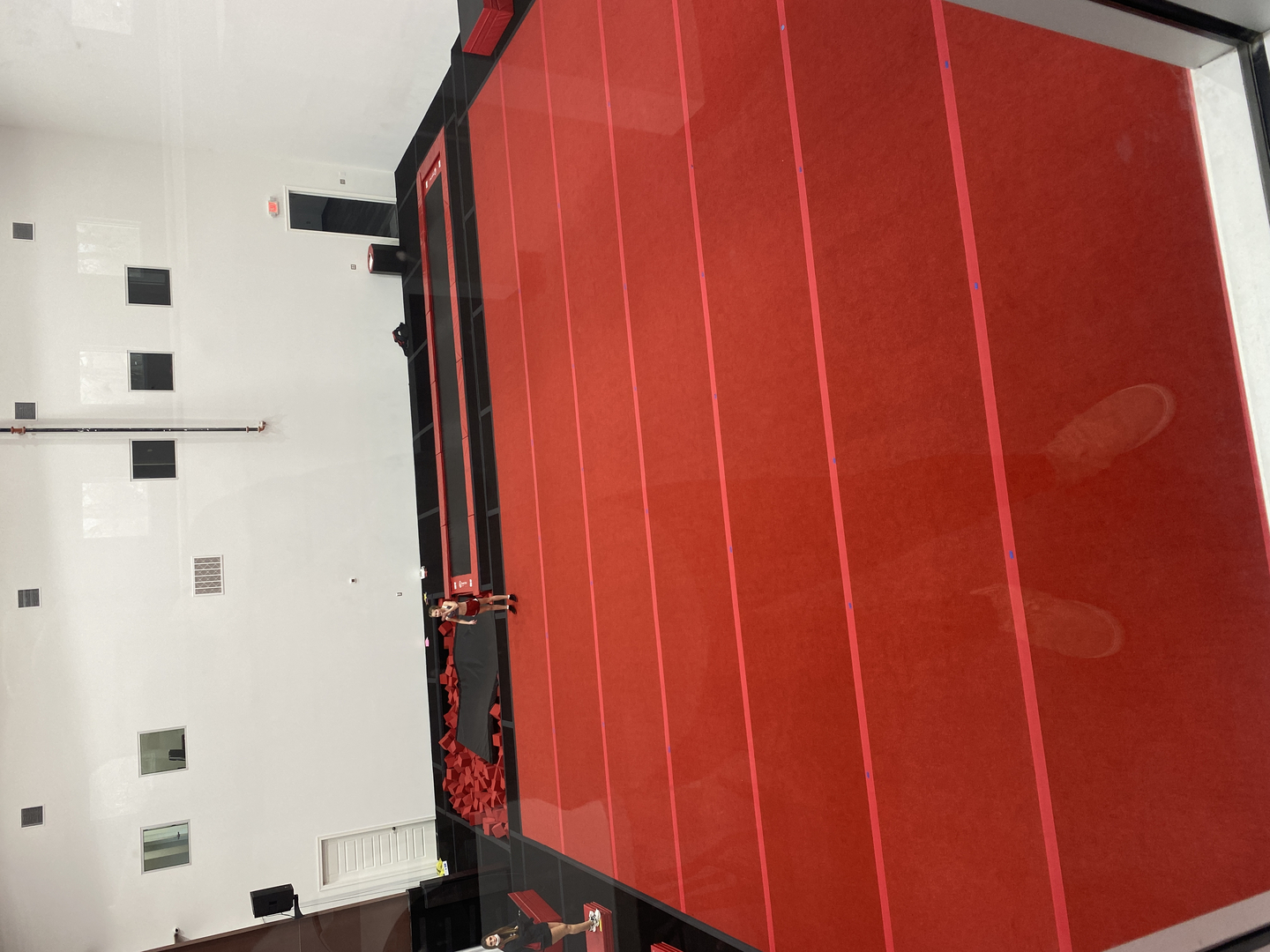 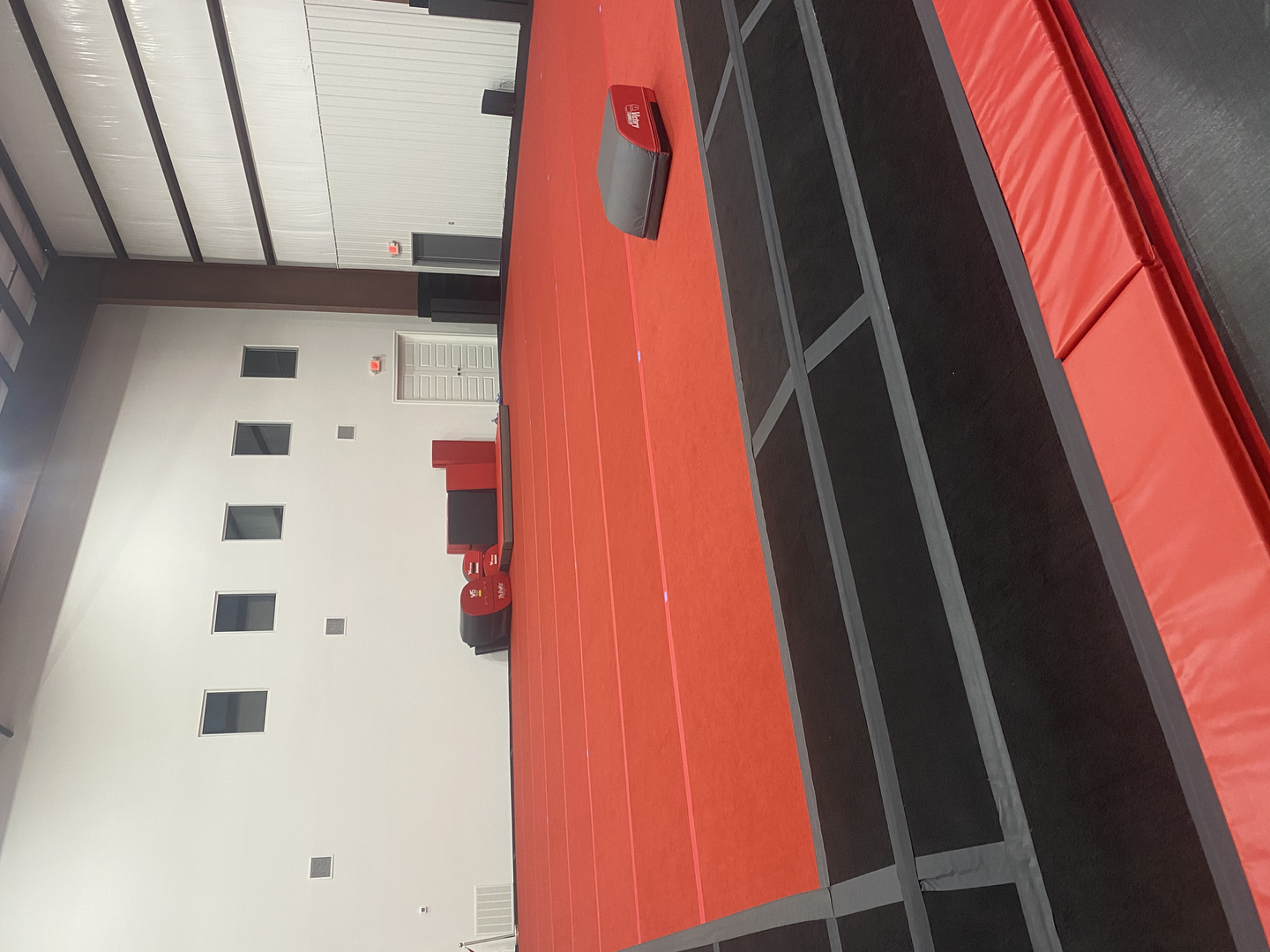 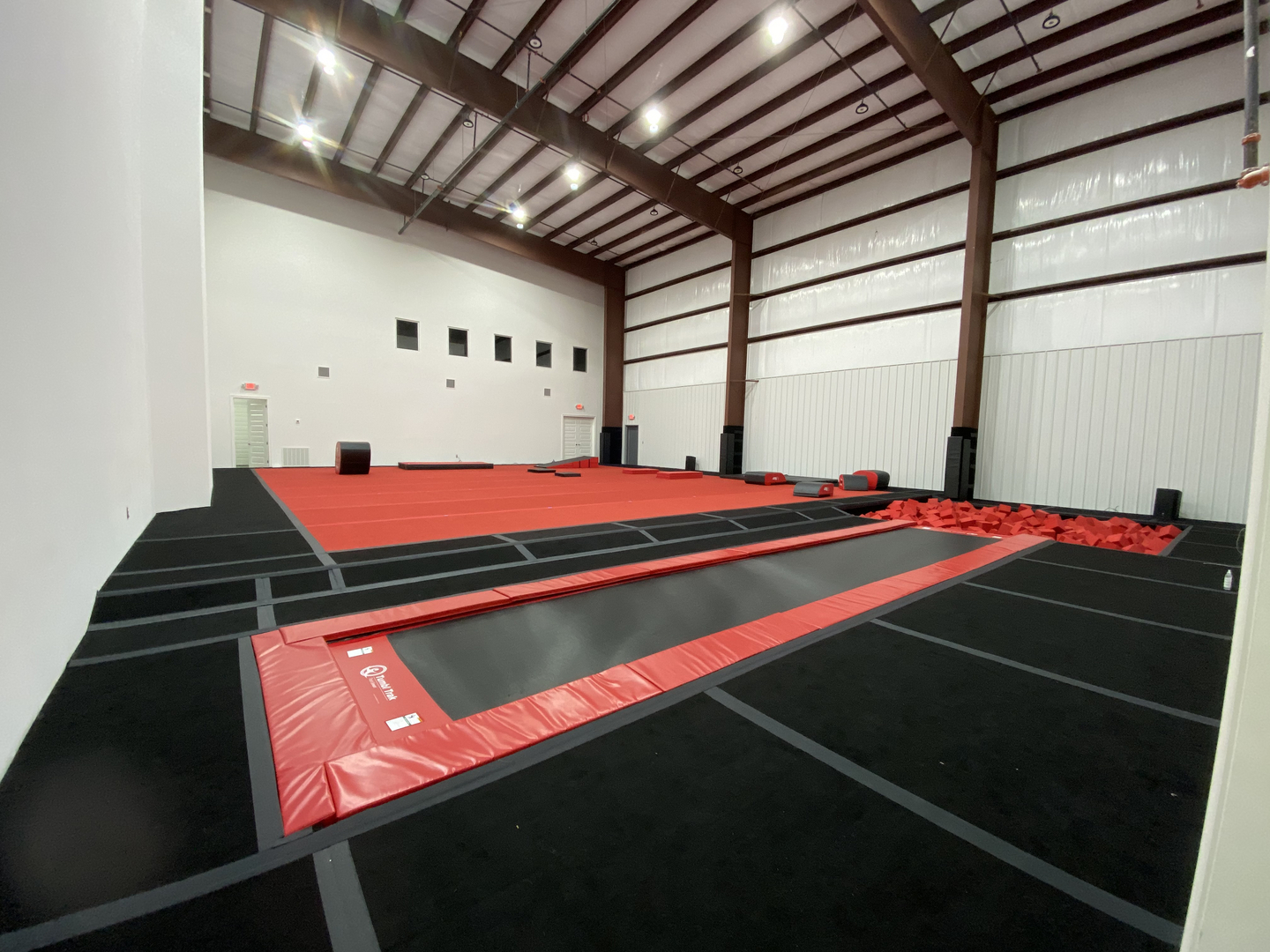 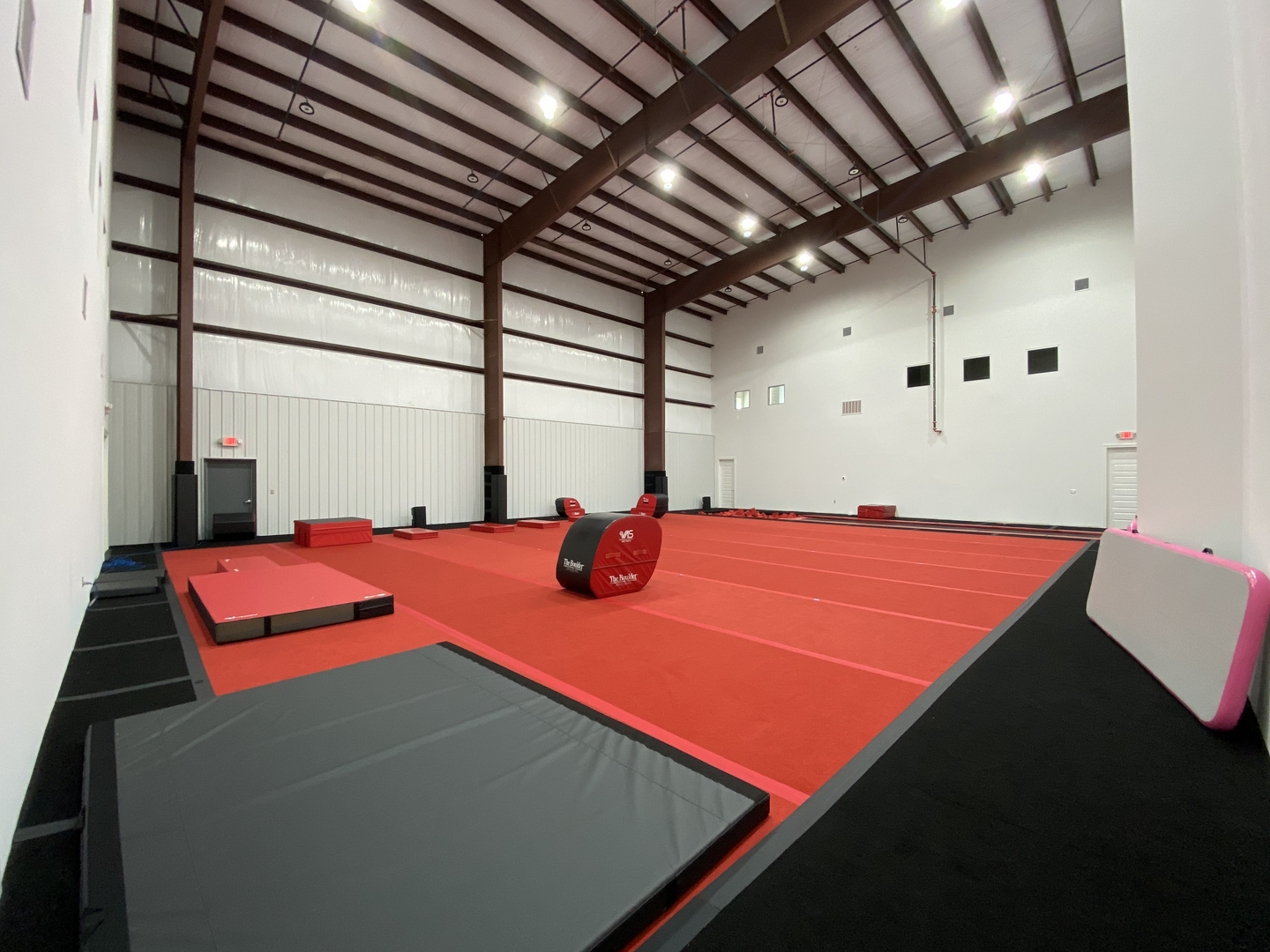 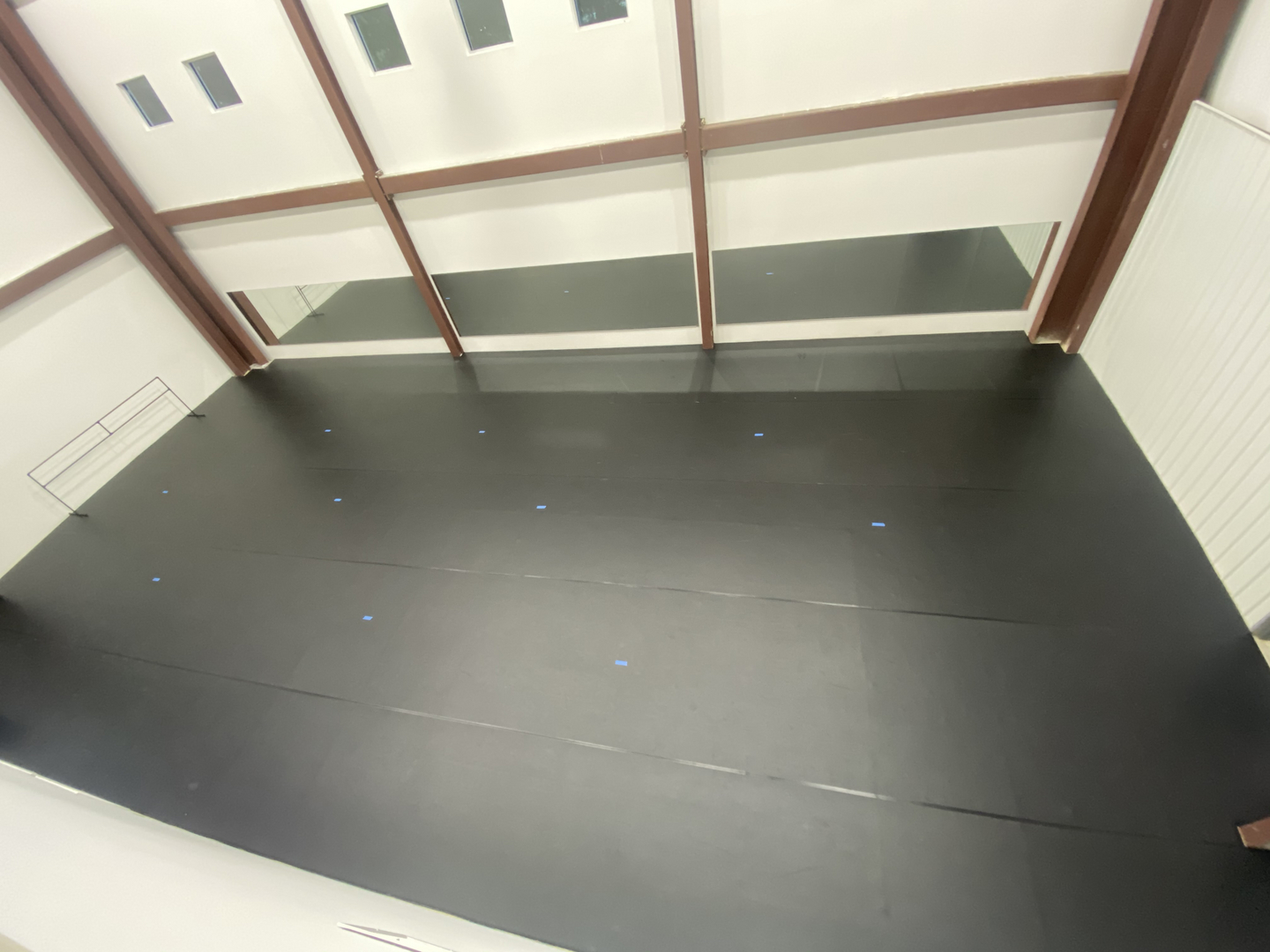 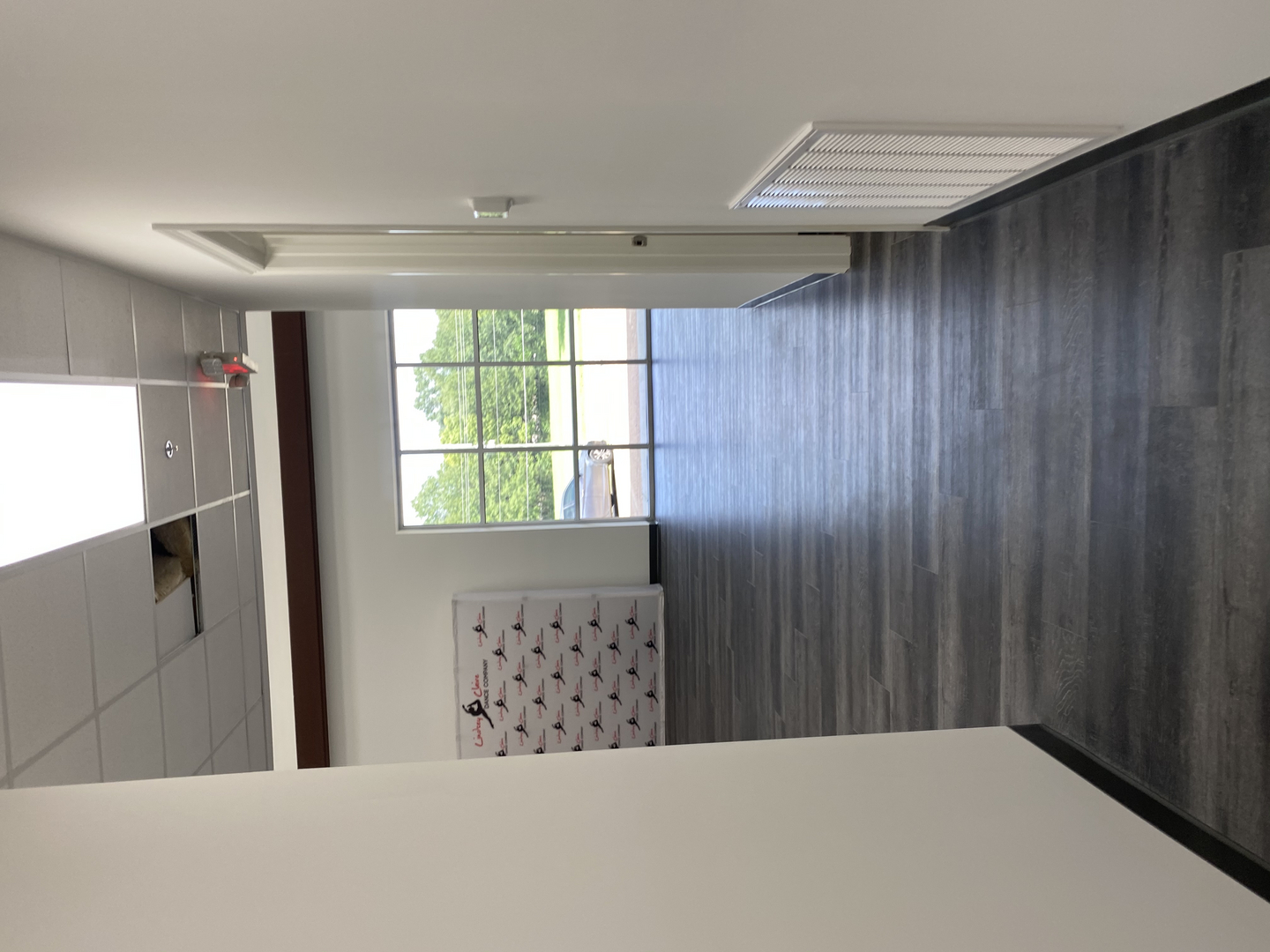 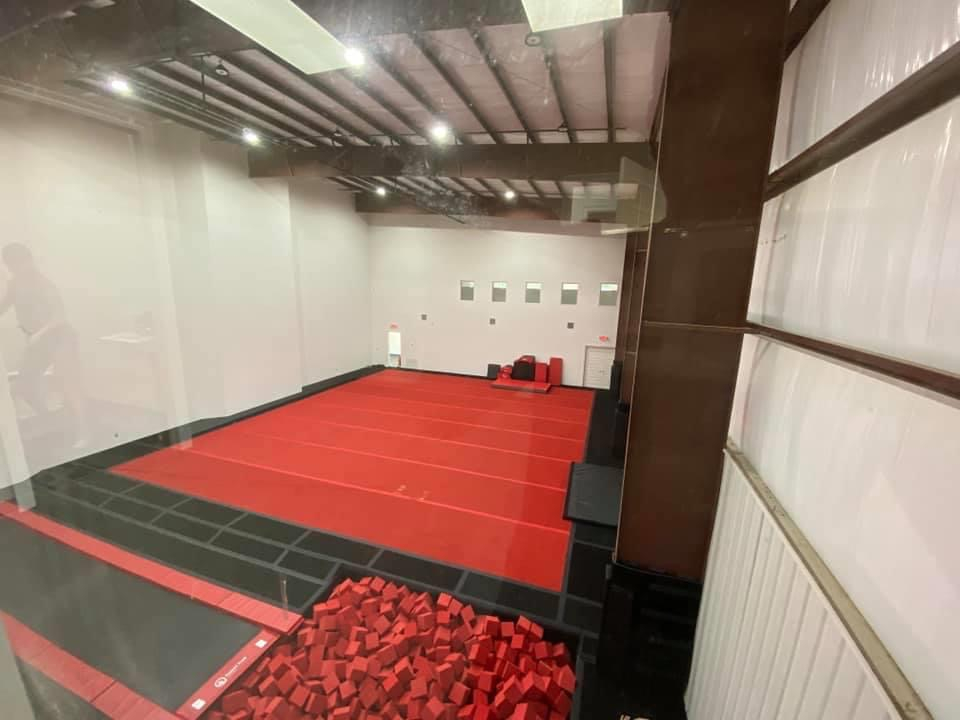 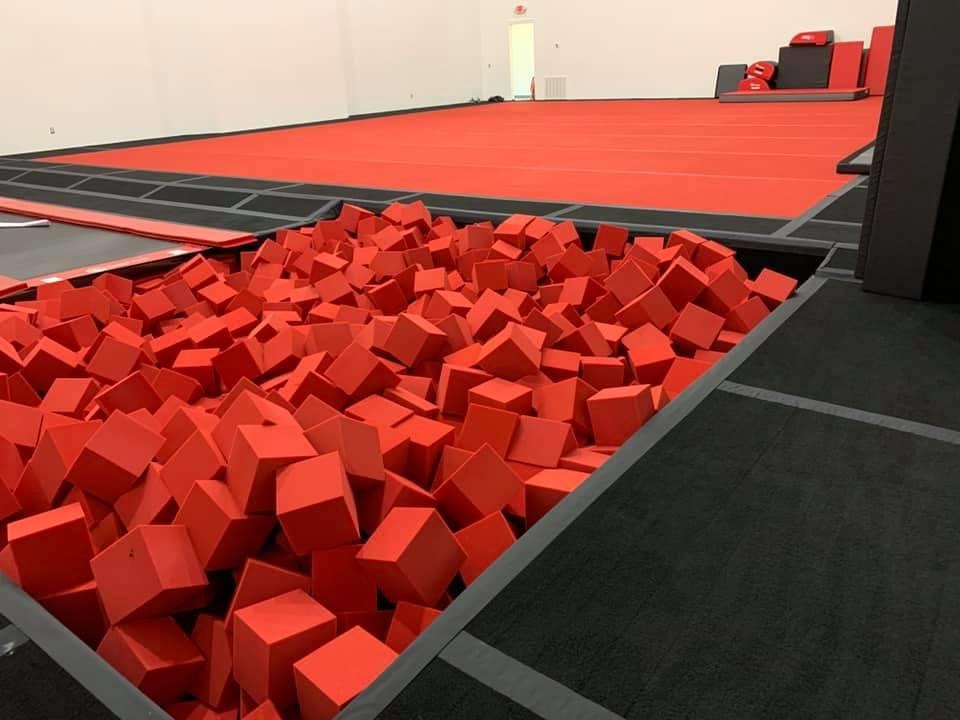 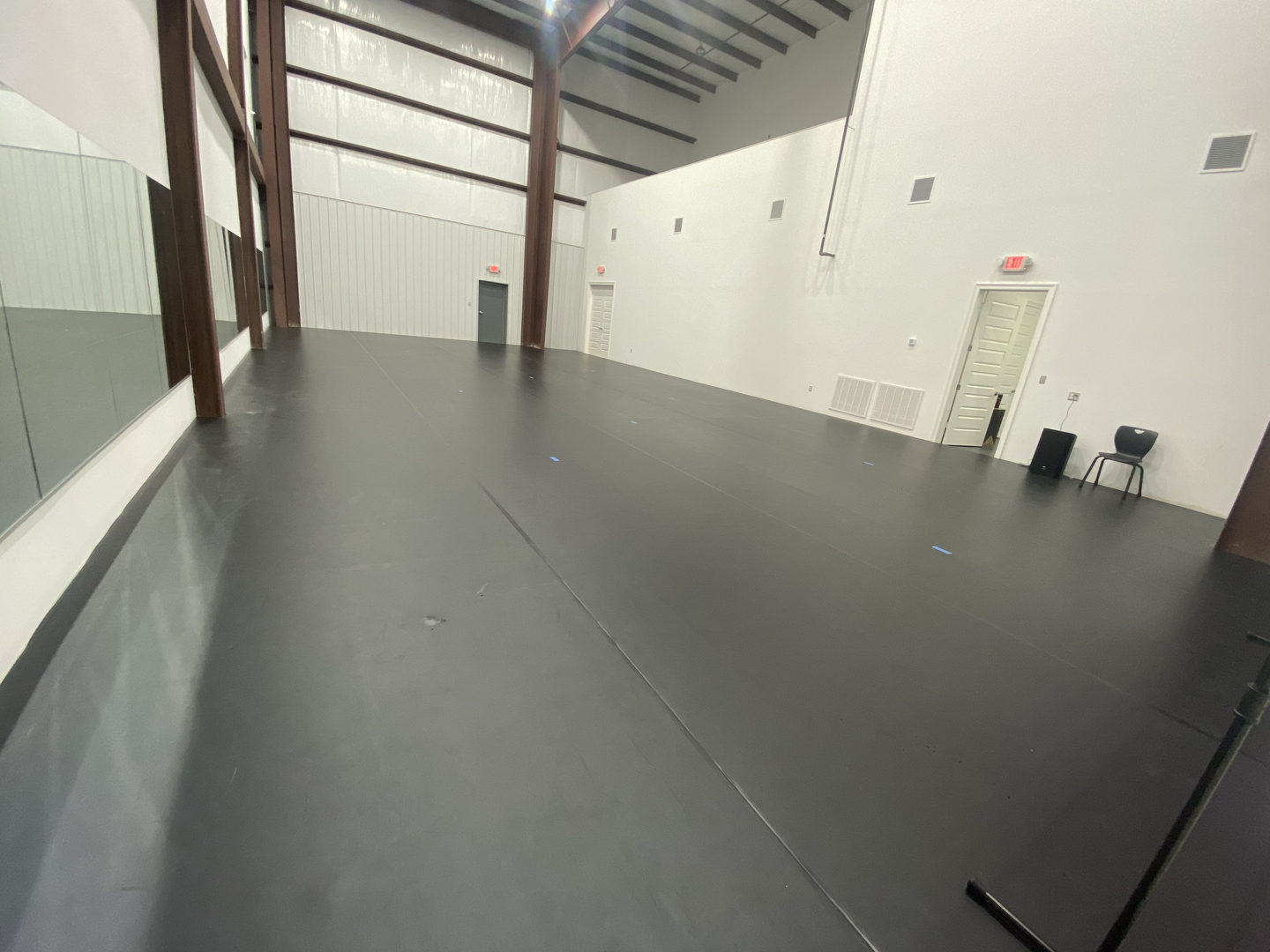 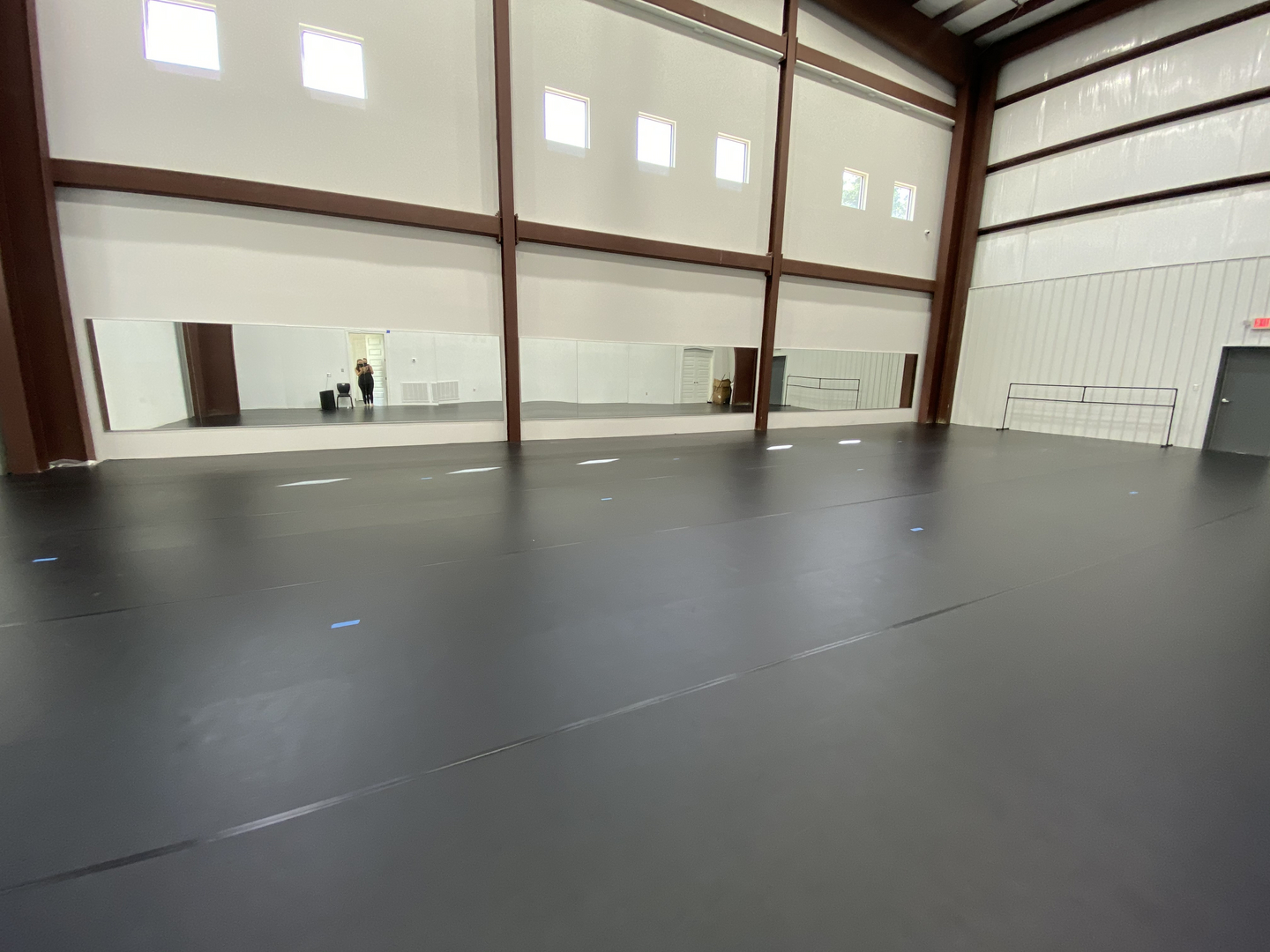 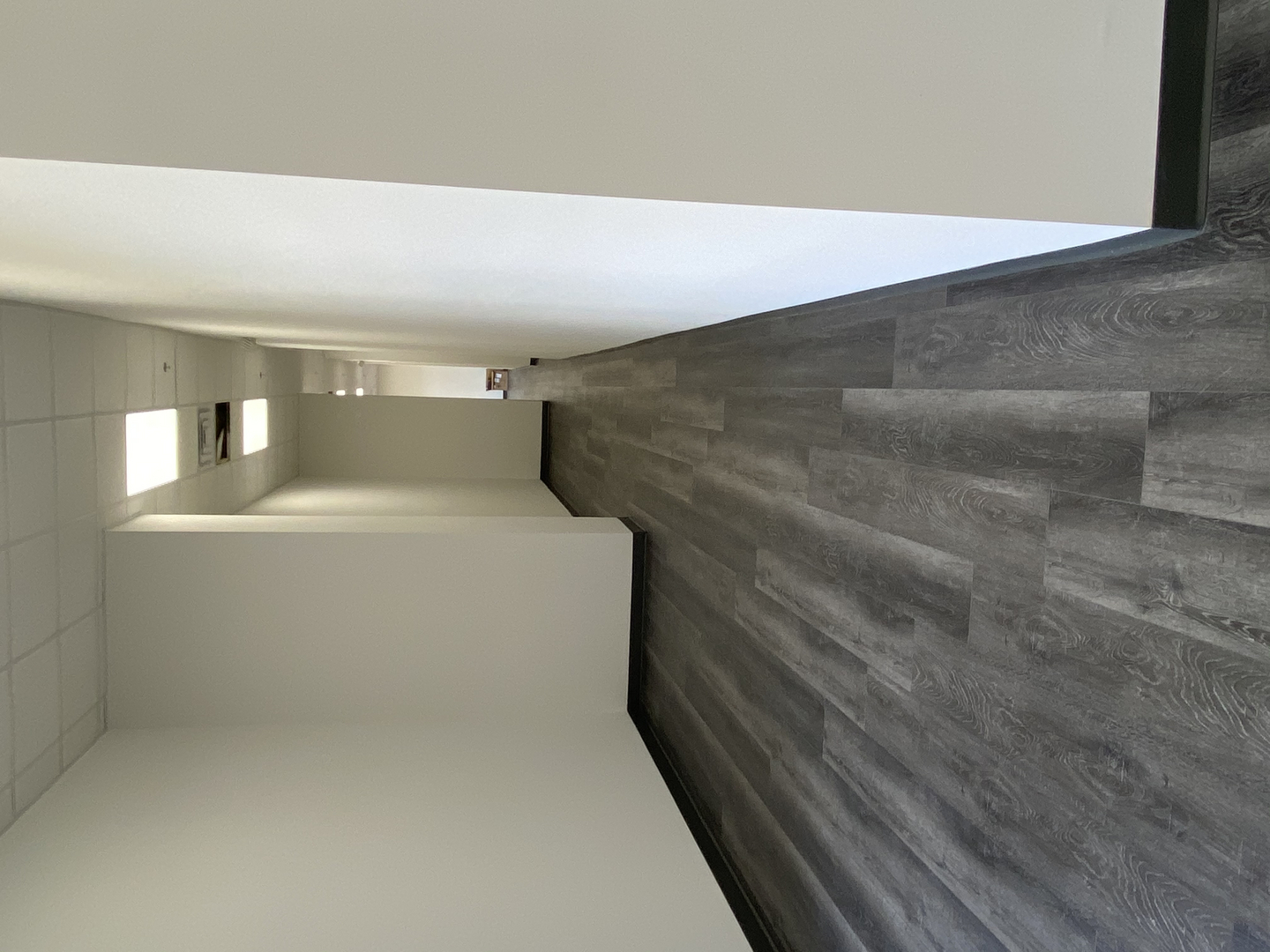 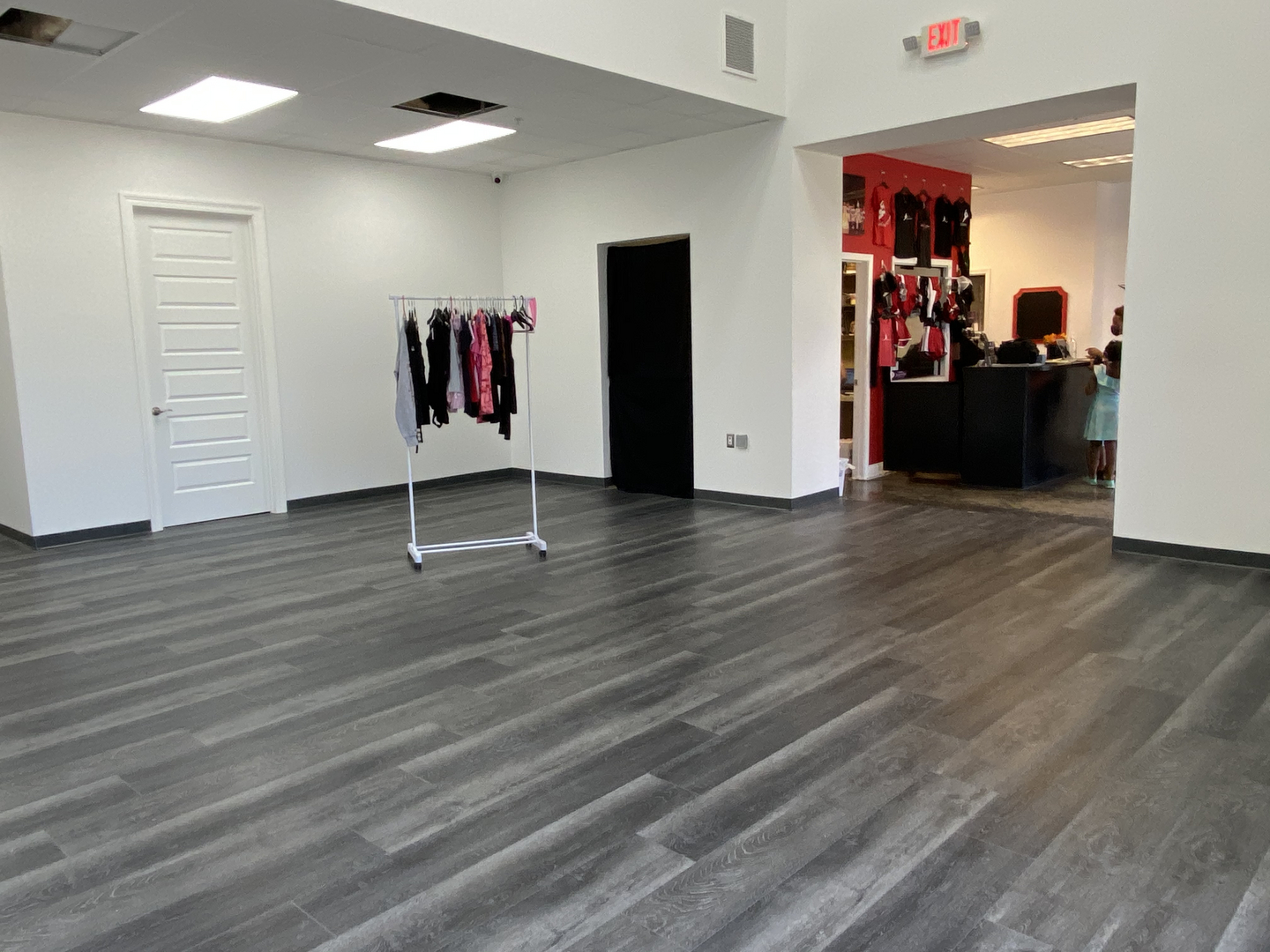 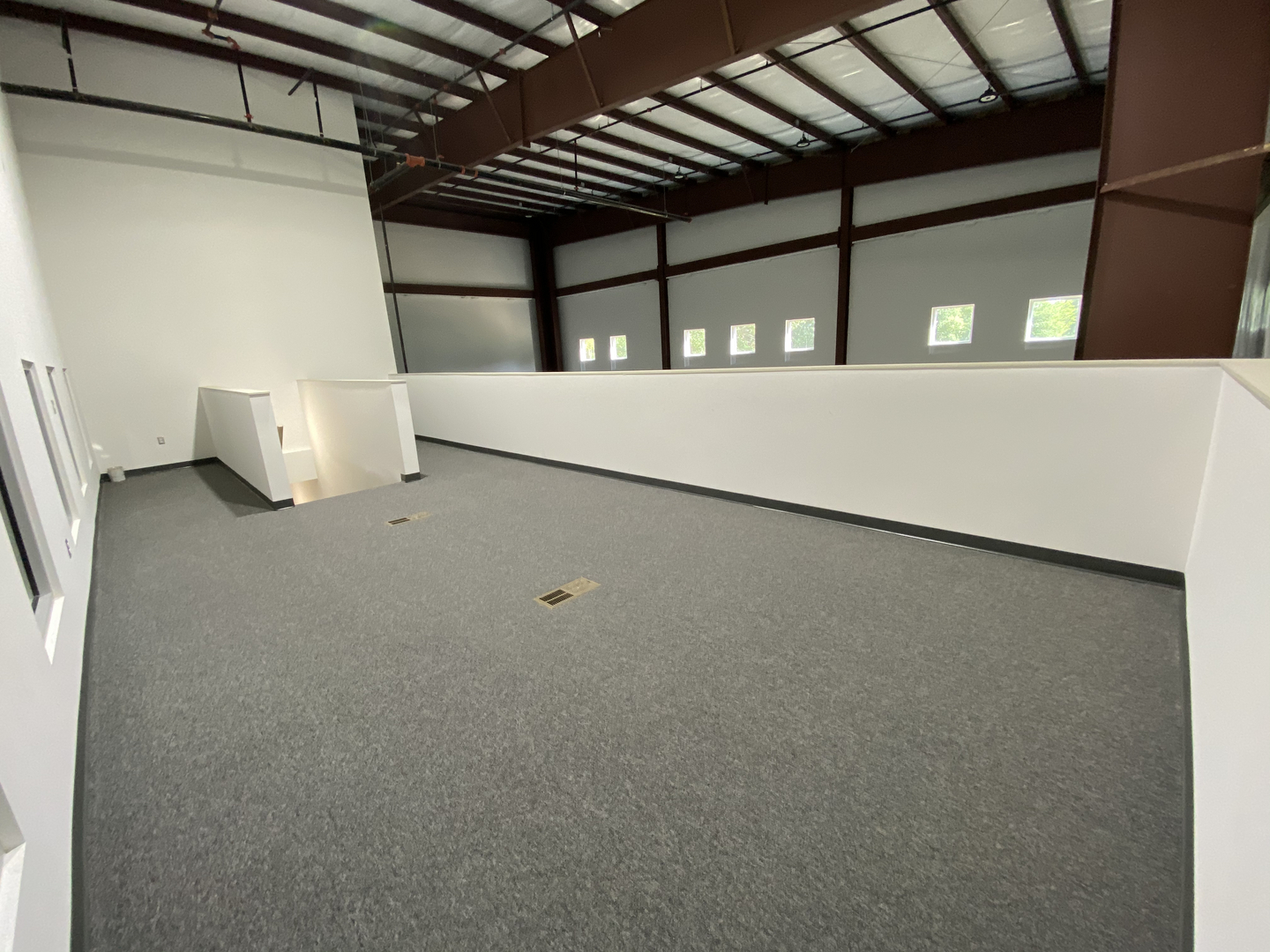 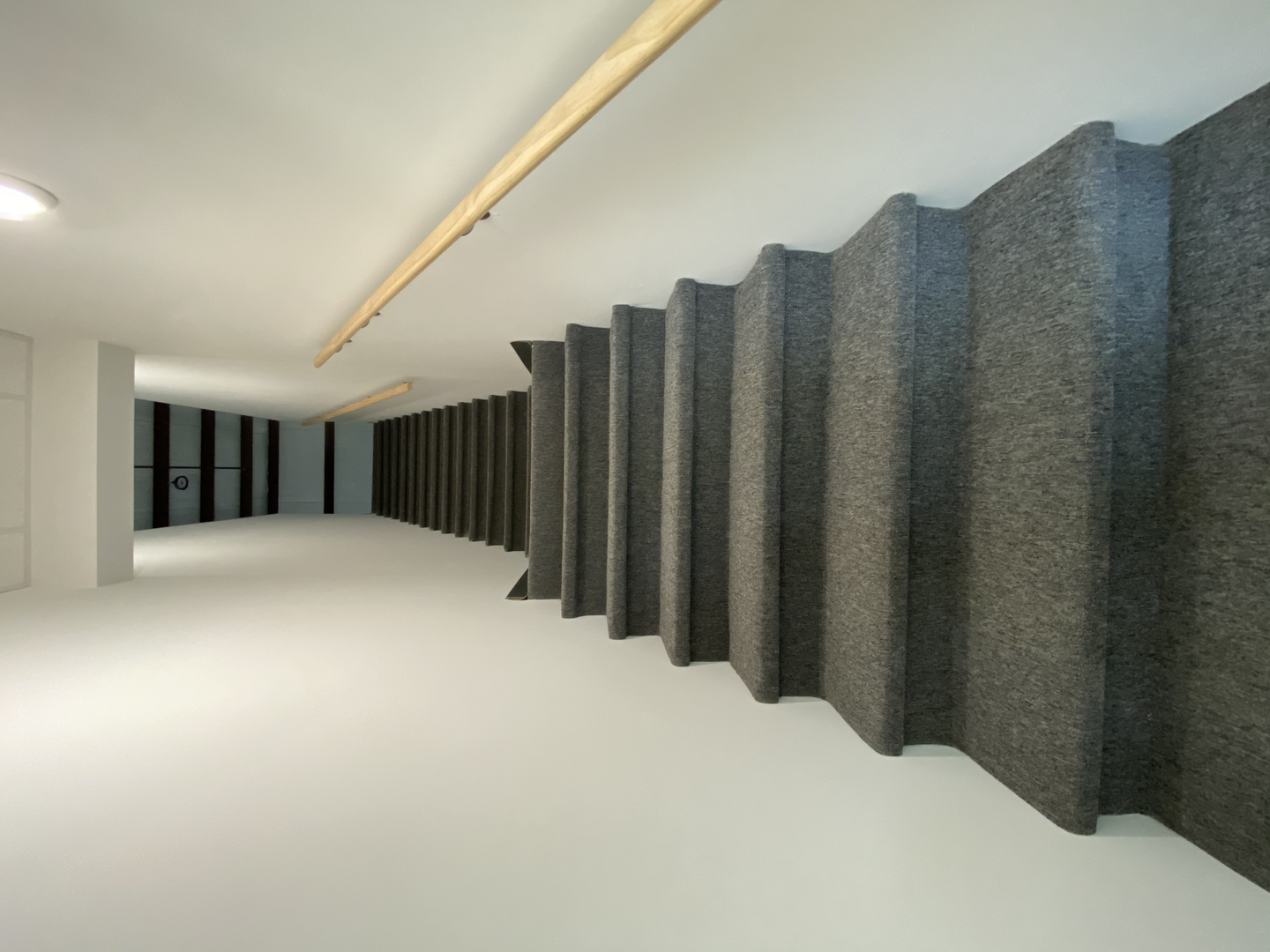 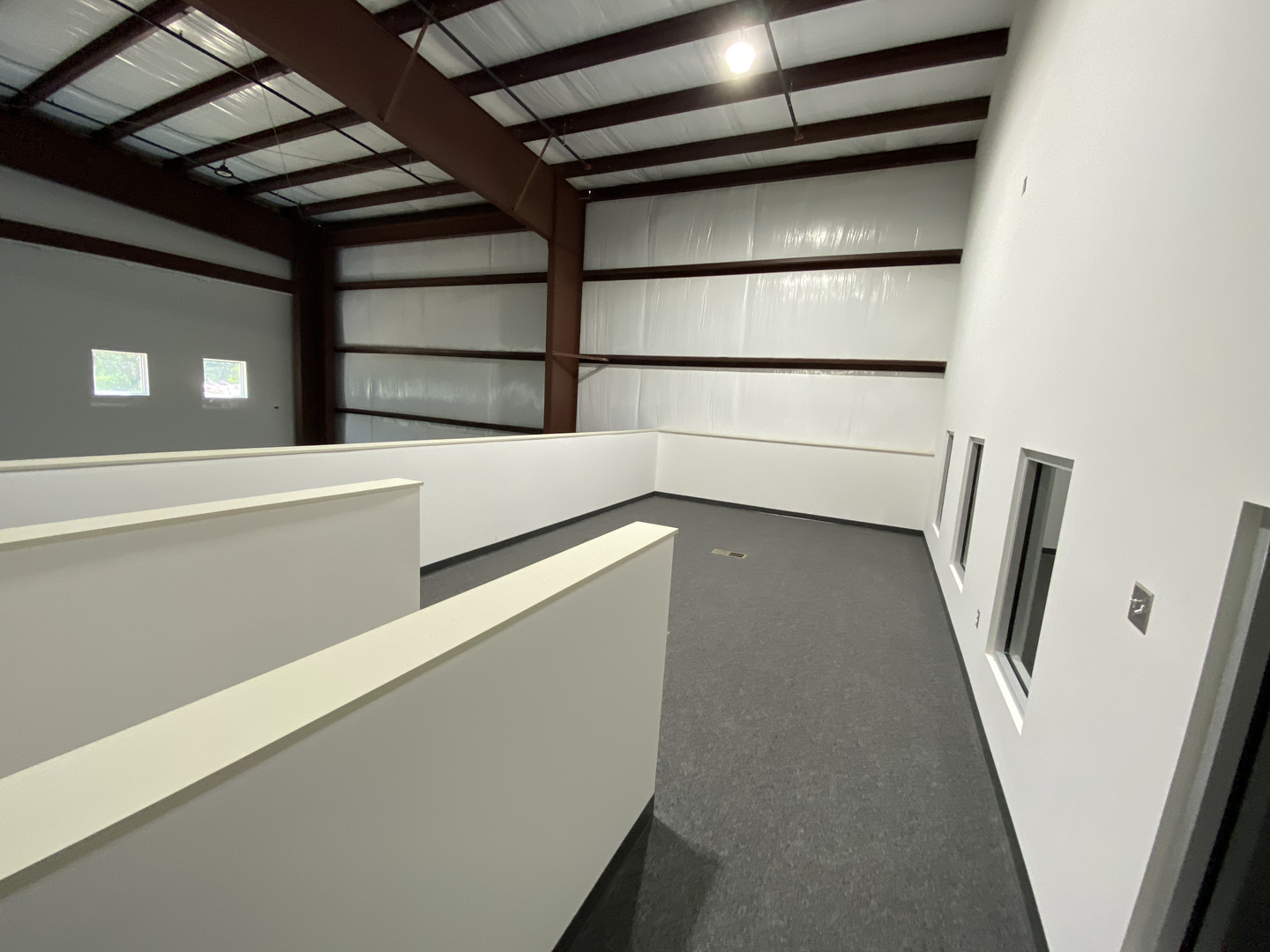 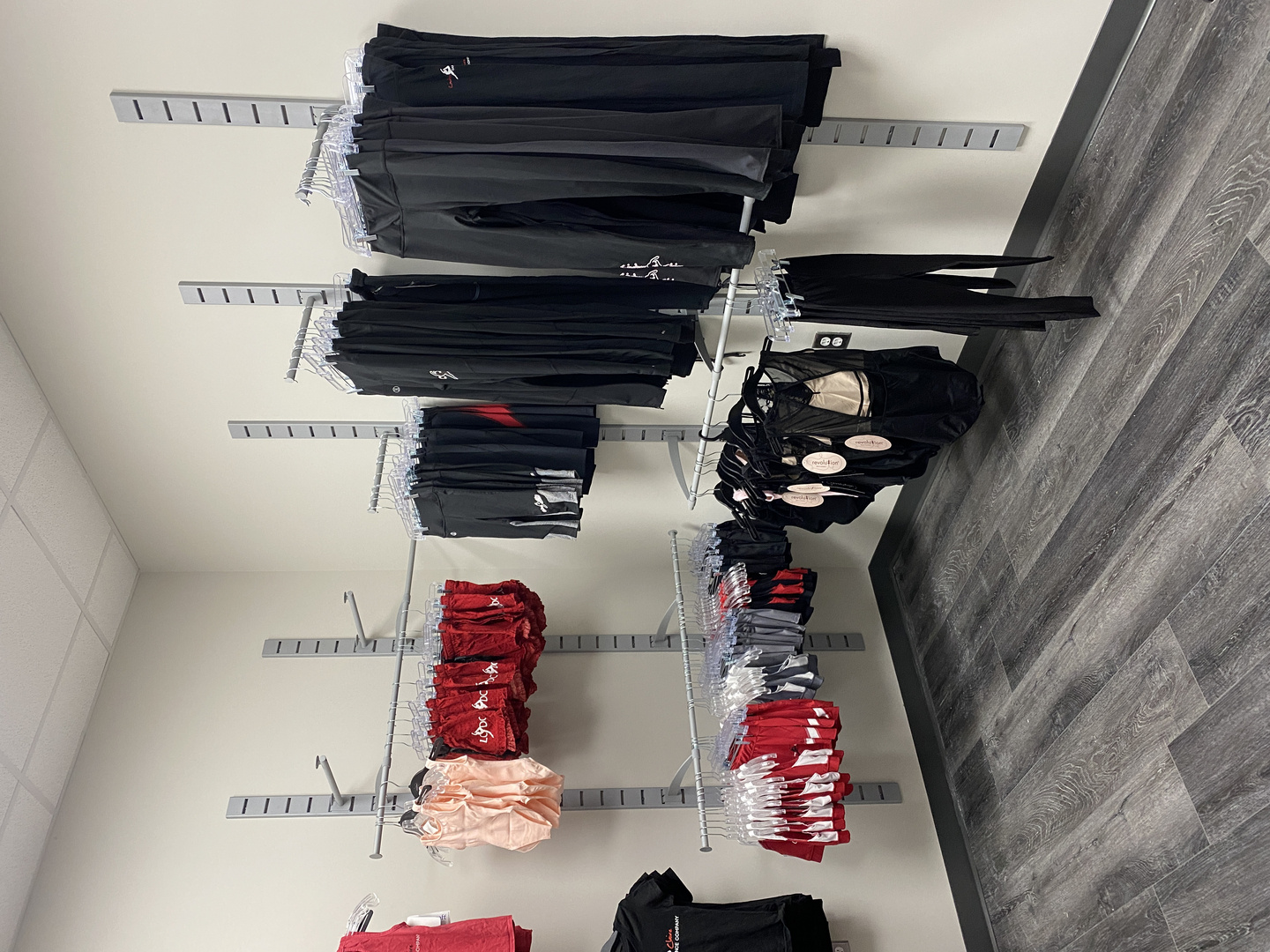 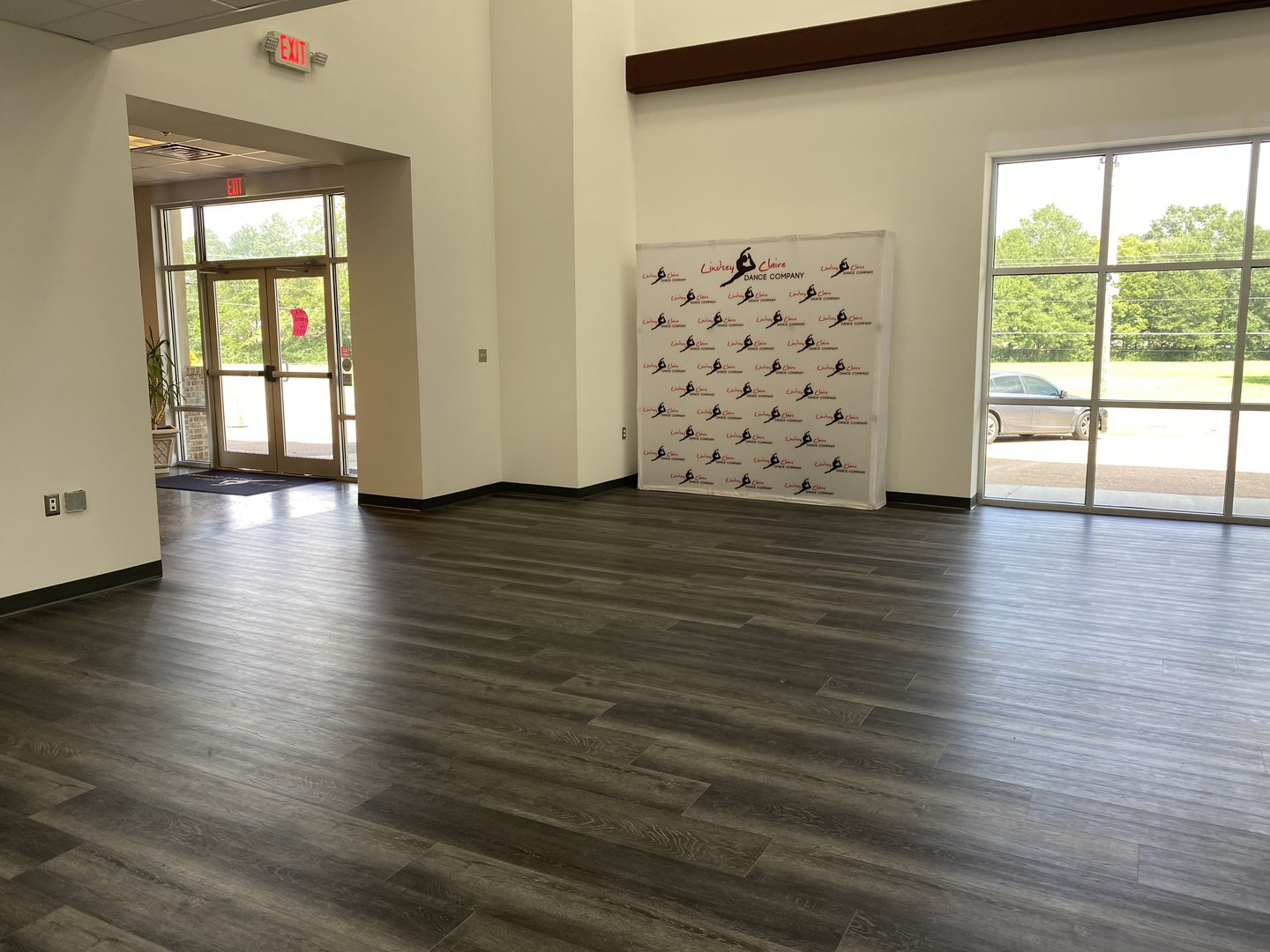 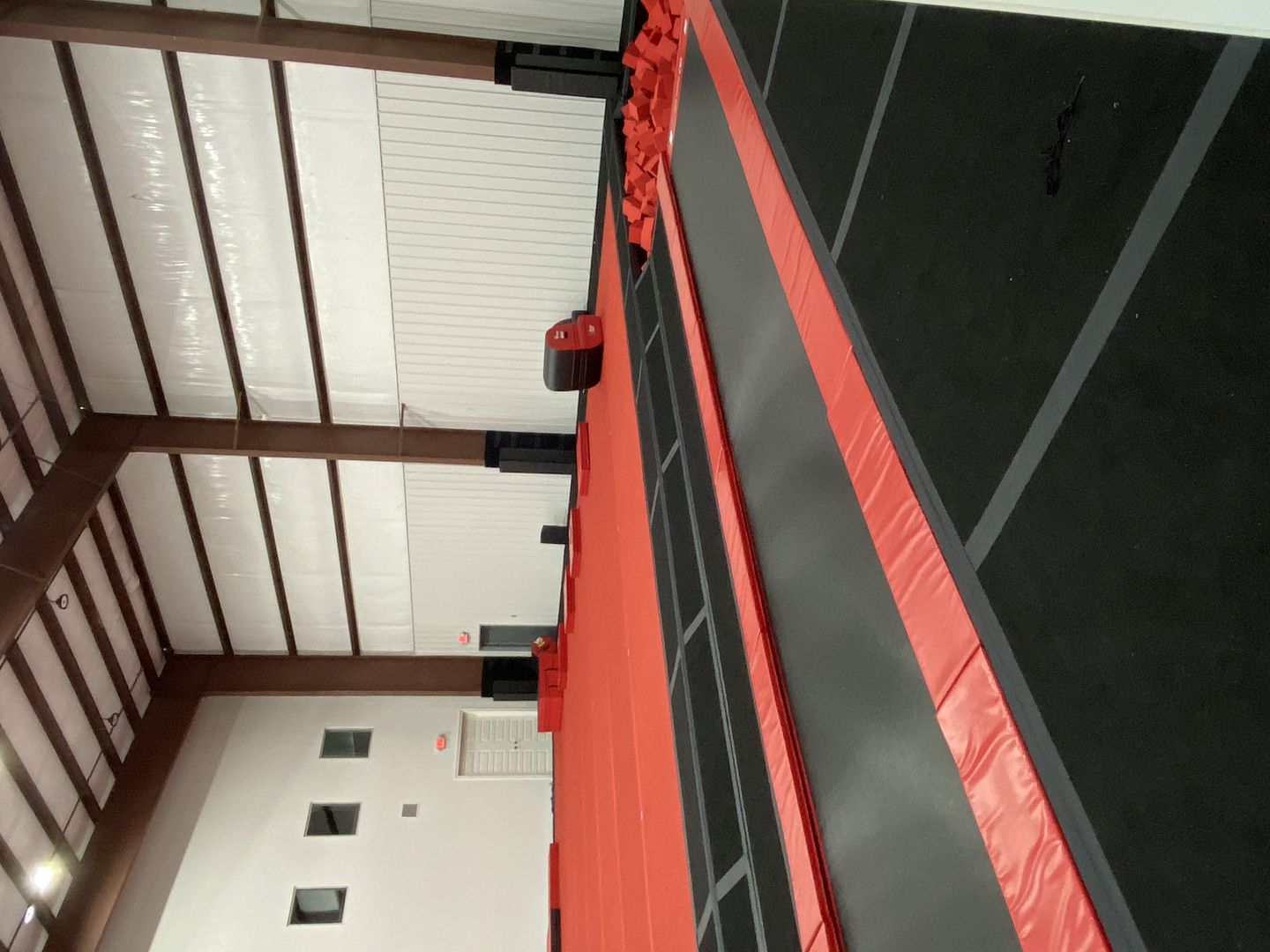 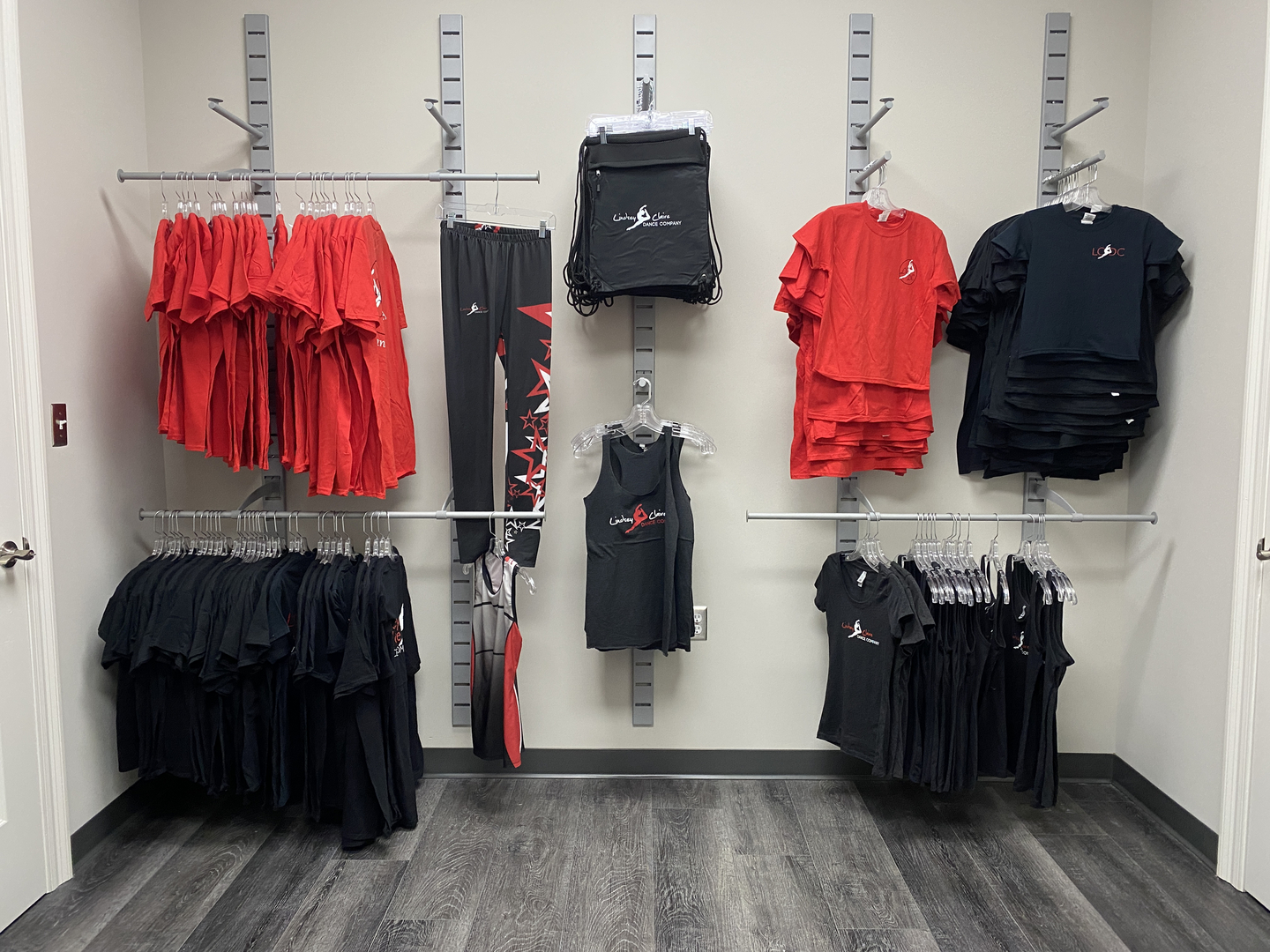 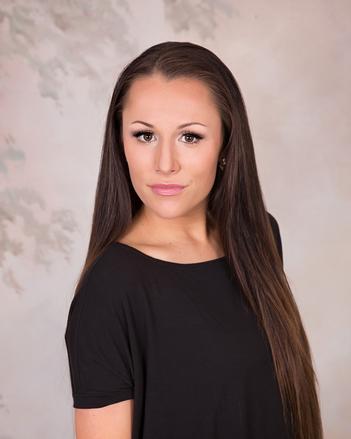 Lindsey-Claire Muse Hutchins is a native of Raymond, Mississippi. She began dancing at the age of three under the direction of Susan Stowe at Mississippi Ballet Theatre. While there she was trained in various types of dance, including ballet, jazz, pointe, lyrical, and African, and performed in various productions, including the Moscow Ballet’s “The Nutcracker.” Before venturing out on her own she served as an Assistant Director at a studio and instructed dance classes for the past 10 years. At just 21 years old, she created the Lindsey Claire Dance Company in 2013. During her short time as a business owner Lindsey Claire Dance Company has been voted as "Favorite Dance Studio" in several publications such as the Jackson Free Press and Parents & Kids Magazine. She was also selected as one of the 50 Leading Business Women in 2016 by the Mississippi Business Journal. ​ Growing up she competed in pageants across the state. She was Miss Hinds Community College 2012 and went on to compete in the Miss Mississippi Pageant. Along with owning her studio she is a pageant coach in all aspects of competition. Trained in all genres of dance, her true love is teaching. Her passion for dance, teaching, and learning are the motivating force that drives the success of the programs at her studio. In addition to teaching she travels with her competition teams to convention and competitions across the South in an effort to remain on the cutting edge of the ever evolving dance world. She also owns & operates a non-profit organization, The Purple Reader Project, which collects and donates books to elementary school libraries in the state of Mississippi. 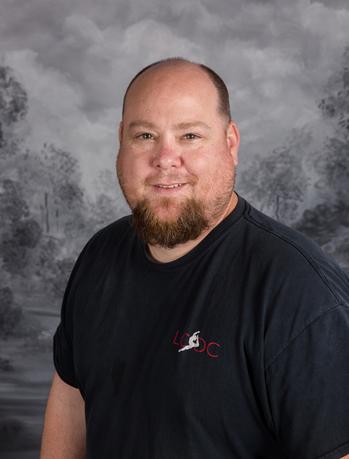 Kurt Koenig is from Terry, MS. He teaches our Tumble classes. Kurt started coaching at the age of 16 and has been coaching over 20 years. He won 2 National Titles while cheering at Mississippi College. He has worked for the National Cheerleaders Association and has coached at several local gyms. Kurt was the former owner of Mississippi Elite in Ridgeland, MS. Kurt is in his 6th year working for us at the LCDC. 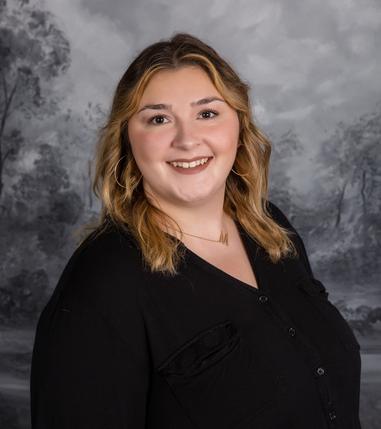 Molley is from Columbus, MS. She is curently a student at Mississippi College in Clinton, MS. Molley works the front desk at the LCDC. Molley is currently in her 3rd year working for us at the LCDC. 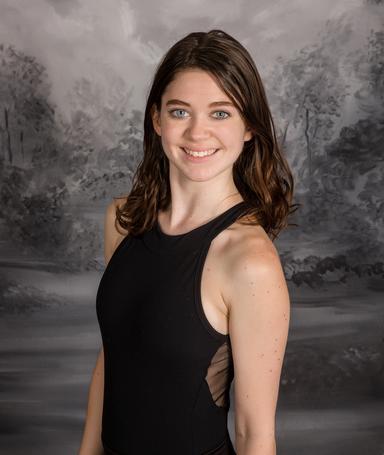 Allyson Roberston currently attends Mississippi College. She has been dancing in her hometown of Zachary, Louisiana for 6 years where she competed with her studio’s competition team for 5 years. She has a true passion for teaching young dancers and watching them grow into their personalities as young adults. Allyson is in her 4th year working for us at the LCDC. 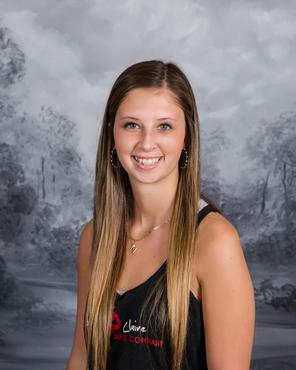 Natalie is from Terry, Ms. She has been a cheerleader for 15 years and cheered competitively for 10 years. She has 6 All-American titles as well as a Top All-American title. She served as captain for her junior high and high school cheer team at Central Hinds Academy. She recently just finished cheering 2 years at Hinds Community College on a full scholarship. There, she served as captain her freshman and sophomore year. she was a top 10 finalist at UCA college nationals, received an invitation to be on UCA staff, and had a bowl game appearance in Iowa. She is currently a student at Mississippi College and majoring in Elementary Education with a specialization in Dyslexia. She can’t wait to teach cheerleading and tumble, it is what she loves to do and wants to share her passion with all of her students! 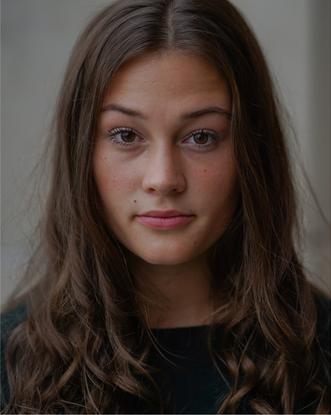 Maegan Winter is currently attending Belhaven University where she is a double major in Dance and Sports Medicine/ Exercise Science. She spent her early years growing up in Europe before moving to Colorado, her home state.
During high school Maegan was an intern teacher in varied styles and ages in the dance classroom. Maegan has performed in musical theater shows since 8th grade; her favorite roles include Lina Lamont, Peter Pan and a Manhattan Newsie. Her favorite styles of dance are contemporary and jazz.
She is passionate about dancing, teaching and educating her students in dance science (anatomy and kinesiology).
This is Maegan’s first year at LCDC and she is excited to join our team of teachers. 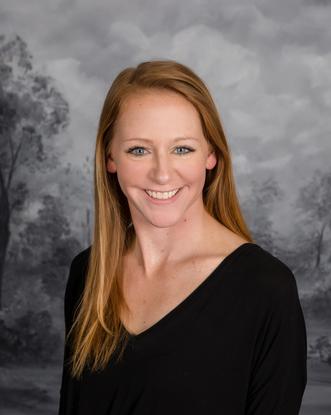 Emily Roberson is from Raymond, MS. Emily is the Operations Manager at LCDC and handles all of our social media platforms. She enjoys assisting both new and current members of the LCDC family and providing them with any information needed so that their experience is the best that it can be. Emily currently lives in Clinton with her husband and two daughters. She is beginning her 4th year with LCDC. 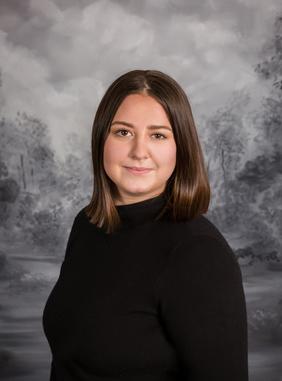 Maria Kapustina is from Russia but has lived in the United States for fifteen years. She was a student teacher and choreographer, and she attended numerous advanced study workshops with artists such as Igal Perry (Peridance Center), Dwight Rhoden and Desmond Richardson (Complexions Contemporary Ballet), and Mark Morris. Maria’s background includes extensive training in classical and contemporary ballet, modern, and somatic/improvisation from prestigious dance educators such as Tatiana Vladimirovna, Meredith Sutton, Kelly Ferris Lester, Becca McArthur, Ballet Magnificat Marcie Robertson. She has also earned a Bachelor of Fine Arts degree in Performance and Choreography from the University of Southern Mississippi. Maria was named “Outstanding Dance Major” by the National Dance Association and graduated with honors. Kapustina’s goal as a dance educator is to share her knowledge and passion for dance and expand her students’ understanding of their body in motion. Her approach is to create a stimulating, challenging, and inclusive program that focus on gradual progression of movement and analytical approach to explaining technique for the overall wellbeing of her students. 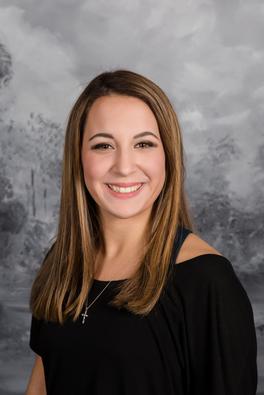 Kadie is a dancer and cheerleader from Raymond, MS. She has been dancing and tumbling since the age of 3 and entered into the competition world of dance at the age of 10. During her years of competition dance, Kadie won several top finishes as well as scholarships and awards as a member of Lindsey Claire Dance Company. She also attended several prestigious dance intensives, including summer intensives with New Orleans Ballet Theater and New Orleans Ballet Association, both in New Orleans, LA. She also attended summer dance intensives with the Rebelette Dance Team at the University of MS. Kadie received a number of scholarships from JUMP Dance Convention as well as Dance Teacher’s United. She has traveled to New York City where she took classes at Broadway Dance Center and Alvin Ailey American Dance Theater and also performed at the Lincoln Center. Kadie graduated in May of 2019 and was a cheerleader at Hinds Community Collage her freshman year. She is currently attending Hinds Community College, where she is a member of the Hi-Steppers Dance Team. 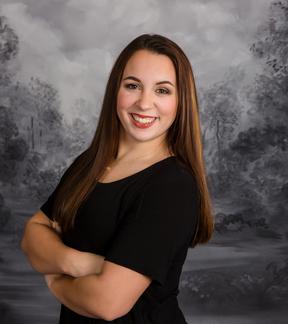 April is a dancer from Raymond, MS. She has been dancing since the age of 3 and entered into the competition world of dance at the age of 10. During her years of competition dance, April won several top finishes as well as scholarships and awards as a member of Lindsey Claire Dance Company. She also attended several prestigious dance intensives, including summer intensives with New Orleans Ballet Theater and New Orleans Ballet Association, both in New Orleans, LA. She also attended summer dance intensives with the Rebelette Dance Team at the University of MS. April received a number of scholarships from JUMP Dance Convention as well as Dance Teacher’s United. She was a leading role in the production Dance of the Princess and the Frog, where she played Tiana, the Frog Princess. She has traveled to New York City where she took classes at Broadway Dance Center and Alvin Ailey American Dance Theater and also performed at the Lincoln Center. April graduated in May of 2019 and is currently attending Hinds Community College, where she is a member of the Hi-Steppers Dance Team.

Ready To Leap In?

Want To Give It A Try?